When we think of the word “welfare”, most of us are conditioned to picture social programs designed to aid poor people or people with disabilities; SNAP (Food Stamps), Medicaid (Medical Assistance in Minnesota), Free and Reduced School Lunches, Temporary Assistance for Needy Families (aka Minnesota Family Investment Program in Minnesota), Social Security Disability Insurance. These programs are heavily stigmatized and most are subject to means testing, in which the recipients have to prove that they are poor below a certain threshold and/or disabled and unable to hold a job.
However, there is a more helpful, more complete way of conceptualizing welfare: as transfers of wealth facilitated by the government. Under this definition, all of the above examples certainly are welfare. However, so are tax cuts for the wealthy. So are farm subsidies, bank bailouts, mortgage subsidies, tax deductions on rental properties for landlords, tax breaks on 401(k)s, and federal student loans. Wealth transfers from people with relatively more wealth to people with relatively less wealth are called Progressive Transfers. The opposite are called Regressive Transfers.
This is not the typical way of conceptualizing welfare outside of academia, but it does help us move away the idea that welfare solely benefits people who are disadvantaged. Every one of us benefits from some form of welfare. It is very telling, then, that the wealth transfers aimed at the poorest among us are the ones subject to stigma and burdensome, invasive means testing. Nobody seems to care if the wealthy can get by without handouts. In fact, it is often assumed that regressive wealth transfers will ultimately benefit society as a whole. 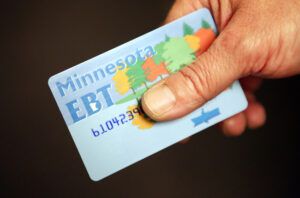 Conversely, progressive wealth transfers are often considered a drain to society rather than providing any broader economic benefit; so we expect the poor to prove their need over and over. But in reality, SNAP is a perfect example of a progressive transfer that benefits retailers and boosts local economies all over the country (Learn more at:https://www.cbpp.org/research/food-assistance/snap-boosts-retailers-and-local-economies)

There are a few erroneous justifications commonly given for means testing. One is the idea that our society is meritocratic- that is, the idea that people rise to the top by virtue of being the best in whatever area they are in. The wealthy are allowed to benefit from welfare because the very existence of their wealth is seen as proof that they deserve it. Paradoxically, the poor need to “pull themselves up by their bootstraps” because their need for help is taken as proof that they have not “earned” it. We means test as a way of ensuring that we do not give the poor any more than absolutely necessary, either because they do not “deserve” or to prove there is a mitigating circumstance, like a disability, which prevents them from competing.

Cost is another common justification. It is often used as a way to avoid directly addressing the meritocratic notions. Under this idea, we means test because it would be too costly to provide money or services to everyone who might benefit from it. What people tend to discount is how much means testing costs in itself.

In order to means test, we have to establish an internecine set of rules. Some programs share eligibility; qualifying for one is automatic proof that you qualify for the other. Some programs have virtually the same requirements, but require those seeking services to prove that they meet these requirements separately, with differing levels of proof required. And some similar programs have vastly different requirements. Such complex rules require a similarly complex bureaucracy to keep everything straight, which consumes most of the apparent savings gained from means testing in the first place.

As a result, fewer people receive benefits than if the programs were broader or universal, but the costs are still near the same levels. By contrast, look at a program like Medicare Parts A and B (C and D are a bit more complex). Medicare is not entirely universal, but its eligibility rules are simple (if you are the right age, you get services) and do not require complex bureaucracy to sort through. As a result, its administrative costs are typically 1-3% of its overall spending.

Daily Work’s services can be thought of as a progressive wealth transfer. By donating to Daily Work, you can enable us to help people- typically those with less wealth- to flourish. Unlike so many other progressive transfers, however, Daily Work is not means tested. We are not interested in making our job seekers prove that they need our help; if they believe they will benefit from our services, we take them at their word. To learn more about Daily Work or to make a donation, visit our website at www.Daily-work.org. 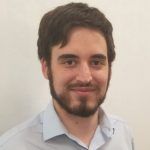